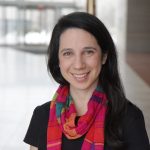 Adriana Weisleder is an assistant professor in the department of Communication Sciences and Disorders at Northwestern University and director of the Child Language Lab. Her research investigates early language development and processing in young children from diverse linguistic and socioeconomic backgrounds, with a focus on children who are dual language learners.  She uses multiple methodologies – including eye-tracking, naturalistic recordings and clinical trials of interventions – to investigate both the learning mechanisms and contexts that support language development in infants and toddlers. She also collaborates on the development of family and community-based approaches for reducing poverty-related disparities in children’s developmental and educational outcomes.

Dr. Weisleder is a proud Costa Rican and Spanish-English bilingual. She obtained her B.A. in Cognitive Science from Northwestern University and her Ph.D. in Psychology from Stanford University.  She completed her postdoctoral training in the Bellevue Project for Early Language, Literacy and Education Success at New York University School of Medicine. 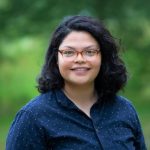 Gaby España (they/them) is a Research Study Coordinator in the Child Language Lab. They have a B.A. in Education and Sociology from Smith College. Gaby spent the last two and half years at a college access program supporting young people and their families across Chicagoland navigate and succeed in education. Gaby is excited to return to academic research and continue working with multilingual families. Although originally from New York, Gaby loves Chicago. They enjoy morning walks with their dogs, Stonecold and Freddie, cooking, and Zumba! 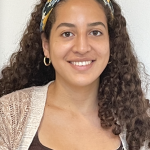 Marcela Cruz is a research assistant in the Child Language Lab. She has a BA in Linguistics and English from the University of Florida. She is a bilingual speaker (English and Spanish), and she is interested in how language development differs from monolingual to bilingual speakers. She was a research assistant at a bilingual psycholinguistics lab at the University of Florida. She is now working at the Child Language Lab on the Bi-TODLS project. Outside of the lab Marcela enjoys going on runs, reading and trying new restaurants.

Josselin Martinez is a research study coordinator in the Child Language Lab. She has a B.A. in Psychology and Neuroscience from the University of Chicago, where she completed an honors thesis investigating help-seeking in toddlers. Josselin is interested in supporting school achievement outcomes for children in disadvantaged populations and now works at the Child Language Lab on the Bi-TODLS project. Outside of the lab, she enjoys going to concerts, reading manga, and drinking bubble tea. 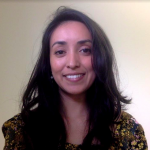 Anele Villanueva is a PhD student in Communication Sciences and Disorders. As a Chicana and bilingual speaker (Spanish-English), Anele is interested in how language interactions in the home may influence language development and school readiness in bilingual children and children with communicative delays. She is particularly interested in how bilingual language environments vary across socioeconomic status, and in naturally occurring interactions in the home. Anele aims to conduct culturally responsive research and contribute to reducing poverty-related disparities in school readiness in children from diverse communities.

Murielle Standley is a PhD student in Communication Sciences and Disorders. She speaks multiple languages (Swiss German, German, English, and French) and is interested in how bilingualism affects thinking and learning. In particular, Murielle is interested in what bilingual language development looks like in atypically developing populations such as children with language impairments. Her goal is to conduct research that contributes to how early markers of developmental language disorder are identified in bilingual children.

Alejandra Reinoso is a PhD student in Communication Sciences and Disorders. As a Dominican Spanish-English bilingual, Alejandra is interested in investigating bilingual language development. She particularly seeks to understand the mechanisms through which early language experiences affect the development and school readiness of low-income bilingual children. Alejandra’s goal is to conduct research that contributes to the design and implementation of practical programs that promote development in linguistically and economically diverse populations. 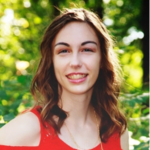 McKenna Lanter is a student majoring in Communication Sciences and Disorders on the pre speech-language pathology track.  She is excited to be part of the Child Language Lab and is interested in learning about bilingual children’s language development as well as the effects of poverty on children’s educational outcomes.  She plans to use her experiences in the lab to help her serve diverse pediatric populations in the future. Outside of lab, she enjoys writing, watching sit-coms, and exploring the Evanston and Chicago areas. 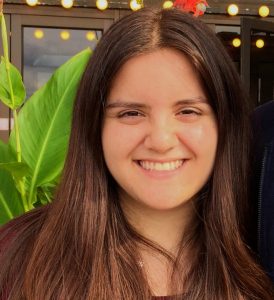 Talia Apter is a volunteer at the Child Language Lab. She graduated from University of Rochester with a B.S. in Brain and Cognitive Sciences and a B.A. in Spanish with a minor in Linguistics. Talia is originally from Highland Park, Illinois, and is excited to return to the Chicago area and work with multilingual families in her community. She also hopes to gain a deeper understanding of research related to language processing and build experience in order to apply for graduate programs in the future. She enjoys going for walks and listening to music, reading, writing, watching movies, and musical hobbies that include singing and learning piano. 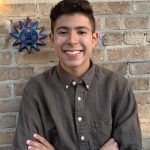 Milton Guendica is a volunteer at the Child Language Lab. He is a student majoring in Speech & Hearing Science and Spanish at the University of Illinois at Urbana-Champaign. He is interested in the development of language in children born prematurely and the effects of bilingualism. He hopes to gain a better understanding of the intersectionality involved in language development. In the future, Milton aspires to be a neonatal speech and language pathologist. Outside of the classroom, he enjoys spending time outdoors and trying new restaurants. 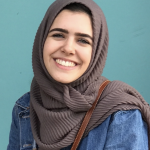 Dana Zakieh is a master’s student in the MS SLL program at Northwestern University. She speaks 3 languages and hopes to be a multi-lingual speech-language pathologist. Dana is joining the CLL with interests in bilingual language development and how poverty impacts language development in children. Dana enjoys being outdoors, exploring Chicago, reading, and spending time with friends and family. 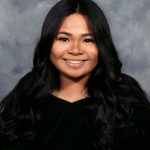 Tammy Le is a Master’s student of Northwestern University’s Speech, Language, and Learning program. She earned her B.A. of Human Development from DePaul University. Tammy’s intersectional interest in human development and language as a bilingual speaker (Vietnamese and English) fuel her involvement in research at CLL. Tammy hopes to become a bilingual speech-language pathologist and provide accessible intervention for culturally and linguistically diverse families. 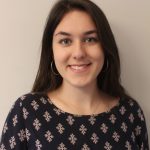 Magda Slowakiewicz is a student at Northwestern University majoring in Biological Sciences and Slavic Languages and Literatures while minoring in Psychology. She is fluent in Polish and is excited that she can combine her interests in language and psychology at the Child Language Lab. Magda is interested in learning about the multitude of benefits of bilingualism, from children’s language development to the role it plays in society. In her free time, Magda enjoys going on long walks with her dog and biking with her friends. 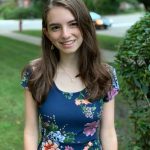 Anika Velasco is a student majoring in Psychology and minoring in Portuguese. Considering that Anika grew up bilingual and is now learning a third language, she is especially excited to better understand how a multilingual environment impacts children’s overall language development. Outside of the lab, she enjoys painting with watercolor, playing with her cats, and spending time with her friends and family. 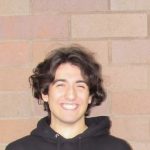 Kristian Nenchev is a student at Northwestern University studying Biology and Psychology on the premed track. He is a bilingual, second generation immigrant which is why he is interested in learning about child language development through a variety of different contexts and methods. Outside of the lab, Kristian enjoys playing basketball, tennis, and spending time with his friends/family. 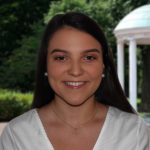 Maria Mendoza is an intern at the Child Language Lab. She is an Honors Carolina student at the University of North Carolina at Chapel Hill double majoring in Psychology and Linguistics with a minor in Speech and Hearing Sciences. She has a special interest in early childhood speech and language development, developmental disabilities, and bilingualism and hopes to learn more about the effect of early literacy activities in early language interactions of Latino families. In the future, Maria aspires to be a speech-language pathologist and serve bilingual clients. Outside of the lab, she enjoys cooking, spending time outdoors, and playing with her English bulldog. 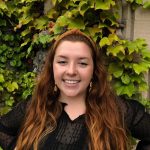 Abigail Holthaus (she/her/hers) is a student studying Communication Sciences and Disorders with a minor in Cognitive Science. Her post-graduate plans are to attend graduate school and pursue a career in Speech and Language Pathology. Grateful to be part of such a wonderful lab, she hopes to use this opportunity to learn more about bilingual language learning, language development in late versus ‘typical’ talkers, and to take new CSD research findings and apply them to her clinical practices through an anti-racist, equitable lens. Her interests revolve mostly around pediatric language development in late talkers, children with ASD, and bilingual children- but she hopes to work with a diverse range of clients in her career. Outside of the lab Abby loves to cuddle with her cat, cook, and explore new places in Chicago. 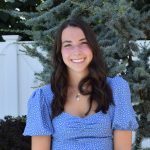 Emma Finkelstein is a student at Northwestern University majoring in Linguistics and minoring in Spanish. She grew up speaking English and Spanish an is excited to use both languages in the CLL. Emma is fascinated by bilingualism in children, from how children learn two languages to how they benefit them in the future. Outside of the lab, Emma loves volunteering with her therapy dog and traveling to foreign countries.